Baltimore on the Prairie

How did it get to be Friday already?  This week flew by!  Last week I had the extreme pleasure of heading to Nebraska for the fourth Baltimore on the Prairie applique conference.  It was wonderful (as always)!  The show and tell was absolutely incredible - although my pictures not so much.  I didn't want to drag a big camera along so I apologize for the quality of the pictures that follow. 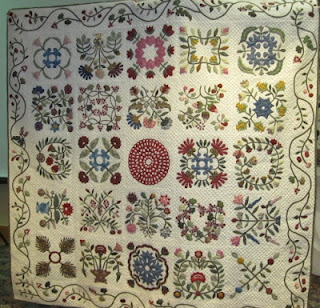 I wish I would have written down some of the details on this version of the Civil War Bride quilt.  This version has been modified to include a special story and a couple of grooms - both of which met an untimely demise at the hand of the bride. Their story is captured on a block in the bottom row.  It was hilarious and quite creative! 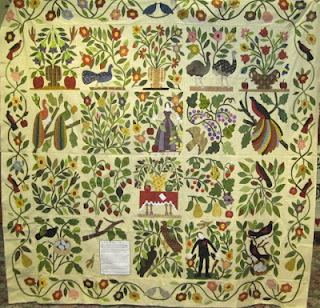 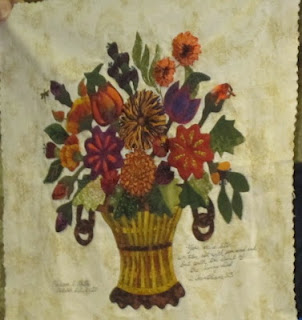 This is one of Nadine's patterns - from the first year, I think.  Beautiful colors!

And yet another gorgeous collection of Baltimore blocks... 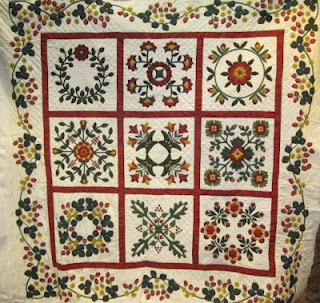 Nadine shared a quilt in progress, created from a number of class samples she's done over the past few years. 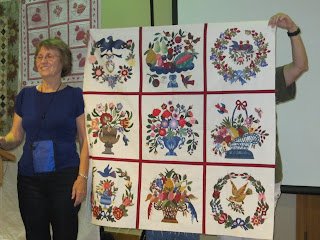 And then there was the Auntie Green challenge. I am in love with this quilt!  Two years ago one of the Australians challenged several BOTP participants to create their own interpretation of the Auntie Green quilt based on a pattern of the center medallion published in Australian Patchwork and Quilting.  Nancy Kerns made hers smaller than the original: 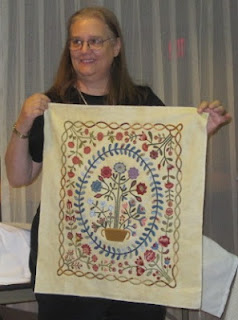 The quilts varied in size - several were bed-sized while others were large wall hangings (or bed quilts in progress, perhaps?). 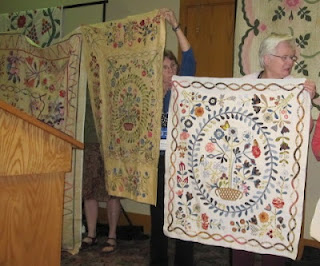 Here's one of the big ones - I think they said this was completed in less than a year.  Wow! 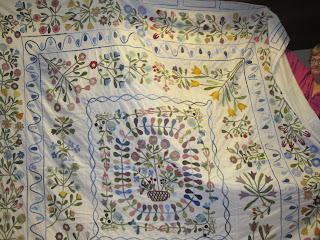 It's so inspiring to see all of the incredible work! More to come on BOTP - I'll share a bit about my class with Nancy Kerns in my next post.
Posted by Dana at 7:00 AM No comments:

Hate it When That Happens!

I recently (in August) started a year long advanced hand-piecing class at The Quilted Fox in St. Louis. I am finding that hand piecing is absolutely addictive! I hadn't done it in quite a while, so it took a bit of time to get back into that mode, but I'm on a roll now. Of course I am already behind on my assignments...I finished part of the August homework: 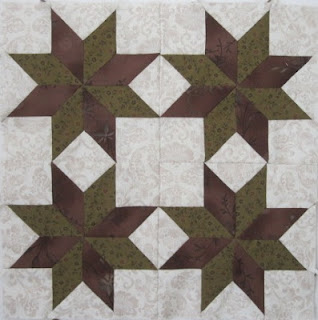 I'm using my stash of Japanese taupes for this one - it will be very scrappy.  I was supposed to have two of these blocks along with another 6" star but didn't get that far.  We received our second assignment last Saturday.  I haven't had much time to sew this week, but have been trying to squeeze in a few minutes here and there to sew a quick seam or two. Of course, rushing these things can be problematic.  I had time for one quick seam before bedtime last night. 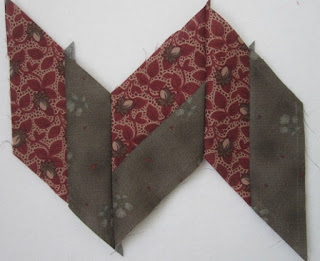 Hmmmm... Something just isn't quite right here! Don't you hate it when that happens?!?

I did manage to finish another basket before I was sucked into the hand-piecing vortex: 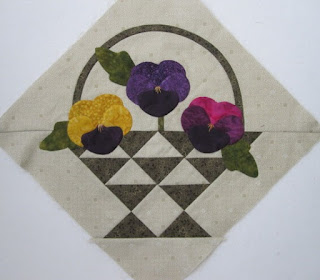 I've lost count of where I am at on these.  I know I have a lot of work still to do before I can assemble it to send off to a quilter.  And the show is now only nine months away. No pressure!
Posted by Dana at 8:28 AM No comments: